Why you may not have Encountered Myofascial Release Therapy
Published on: June 25, 2021

“Why hadn’t I encountered myofascial release

It’s a very common question we often hear from new patients. They also inquire whether myofascial release therapy is the same as sports massage or other massage therapies (until they experience it for themselves, of course – then the difference is evident.)

These types of questions are also used as the rationale for why some patients postpone having this revolutionary treatment. They are under the misconception that myofascial release therapy is merely “simply massage.”  Little do they know it’s the chickenhawk of manual therapies, for it seems inconsequential at first, yet with such powerful effectiveness!

Unlike acupuncture, myofascial release therapy is a physical, hands-on treatment that stretches, relaxes, and then releases restrictions in your fascia tissue. Myofascial release therapy treats the harder-to-detect root cause of medical symptoms that otherwise, without this treatment, are harder to both spot and fix. It doesn’t discriminate, as it treats the body as a whole.

However, it is a subjective question, for the results of myofascial release are real and effective, physically felt. Unfortunately, there are still plenty of folks out there suffering chronic pain and limited range of motion unnecessarily because they still are unaware that this remarkable therapy is available to them.

Let’s uncover the reasons why many of you still have not encountered myofascial release.

It’s a fact that there never seems to be funding and time for scientific research for non-deadly matters such as myofascial release because of these two reasons: 1) it’s not deadly, and 2) there’s not a medicine that Big Pharma can ever invent for it because myofascial release strictly entails the prompting of the body to heal itself, so the medicine is always right there in the body, all natural and organic. As mentioned earlier, the money and time all goes to the deadly ones like the coronaviruses and cancer.

As such, funding and time for its scientific research will forever remain scarce and, consequently, we unfortunately may never receive official word from the CDC, FDA, and all the global health authorities giving it official certification, recognition, and credentials. So please don’t ever let that fool you at all, lest you remain living a life of suffering, in chronic pain and limited mobility, and harming your liver, kidneys, and organs with the harmful side effects of expensive medications that are an ineffective waste of money.

That would all change if the countless happy patients who benefited from myofascial release therapy were to all write them a petition confirming its marvelous results.

So, don’t find it strange that you had not heard of myofascial release therapy up until now. You have plenty of company.

If you are experiencing persistent, chronic pain anywhere in your body, in your back, neck, shoulders, extremities and joints, you should consult a myofascial release therapist; it is very likely that you’ll find the best solution and relief there with myofascial release therapy. We, here at Southwest Physical Therapy, will gladly help heal your dysfunctions or myofascial restrictions in every different area of your body where you are feeling pain, even when other treatments you tried have failed. We are able to pick up and identify what other treatment methods missed or left untreated.

Yes indeed. But it’s entirely up to you to make your move and pay Southwest Physical Therapy a visit. You no longer have to feel hopeless or helpless about the kind of pain you are going through, that only you know what you’re going through and nothing else has helped. We are always here for you precisely for that, to give you the relief and peace, the rich quality of life, you deserve. CALL US TODAY for your FREE 15-minute phone consultation. You will connect with a live, warm and caring physical therapist who is a highly experienced myofascial release specialist. 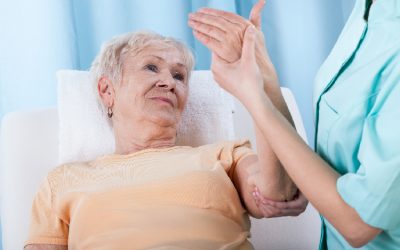 For various joints in the body, doctors have established ranges they consider to be normal. We call it having limited range of motion whenever any of our...

At Southwest Physical Therapy, we apply myofascial release therapy to heal the nagging, chronic myofascial pain and restricted mobility of patients of all...

So, how does myofascial release therapy compare to physical therapy - if there is any comparison? Good question. We’re pleased you have enough interest to...